Mac App Store is the simplest way to find and download apps for your Mac.

To download Wizard - Statistics & Analysis from the Mac App Store, you need a Mac with OS X 10.6.6 or later. Learn More.

The Volume Purchase Program allows businesses to purchase apps and books in volume and distribute them to their users.* You can learn more about the program here.

Wizard is a new Mac app that makes data analysis easier than ever. No programming, no typing — just click and explore. Wizard makes statistics accessible to beginners, but beneath the surface lies a full set of tools for doing professional research.

⁓⁓⁓
Featured by Apple! "New and Noteworthy" and "@Work: Apps for Business"
⁓⁓⁓

"You can be looking at statistical analyses less than a minute after importing your data." —MacFormat Magazine (UK)

It's true: within minutes of importing your first data set into Wizard, you'll be generating graphics, uncovering correlations, producing p-values, building models, and sharing insights with colleagues. Most customers find that the program pays for itself in just a few days of use. Explore Wizard's delightful feature set, including...

Wizard will start graphing your data as soon as you click on it. It uses native Mac graphics to give you crisp visual summaries — box-plots, scatterplots, histograms, survival curves, and more — in a fraction of a second.

Build sophisticated statistical models in seconds with Wizard's intuitive modeling interface. Regression estimates are instantly recomputed as you play around with the controls and experiment with new specifications.

Wizard supports drag-and-drop, multi-level Undo, and other interface conveniences that Mac users expect from their software. An interactive tutorial will help you get started.

Dozens of functions are available to help you get data into the form you want. Compute quantiles, perform day-of-week calculations, multiply columns together, and more.

Export colorful graphics as web-friendly PNG or print-quality PDF. If you're surrounded by PC users, export your models as interactive spreadsheets that can be used to run "What if?" scenarios in any version of Microsoft Excel.

Wizard supports the most common statistical tests and models, including...

Is there a missing feature you'd like to see? Just click "Email the Developer" from the Help menu and send me your thoughts.

Although you have the option to enter data manually, more likely you'll want to import data from one of the following sources:

Wizard 2 has arrived! Learn about the new features in the Wizard 2 information screen.

• Fix an issue with the Wizard 2 information screen on macOS 10.15 and earlier

• Improved compatibility with future versions of macOS
• Improved support for XLSX files generated outside of Excel
• New support for wilcox.test in the R command generator
• Fix a bug when toggling indicator values in the Predictions table 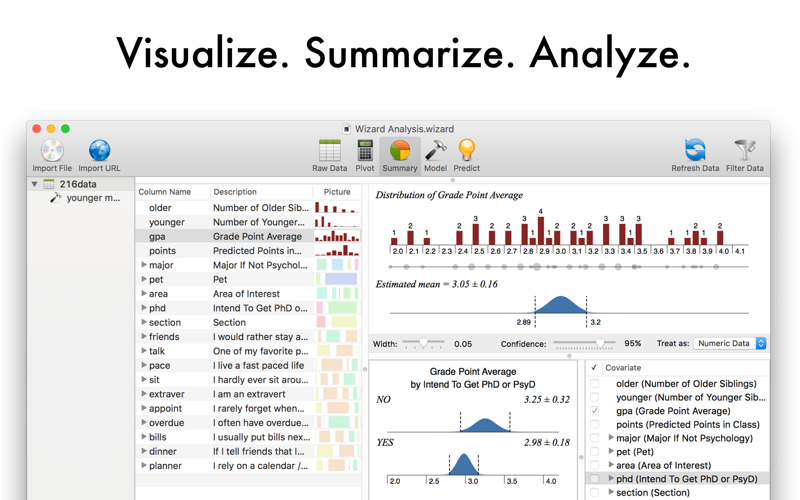 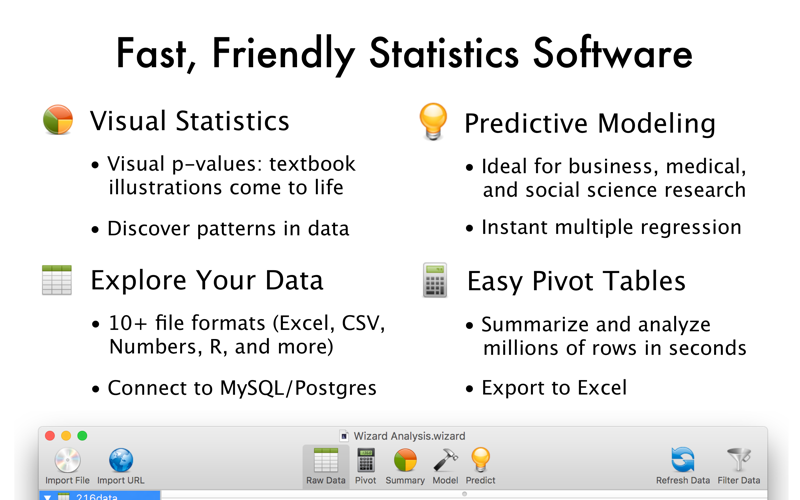 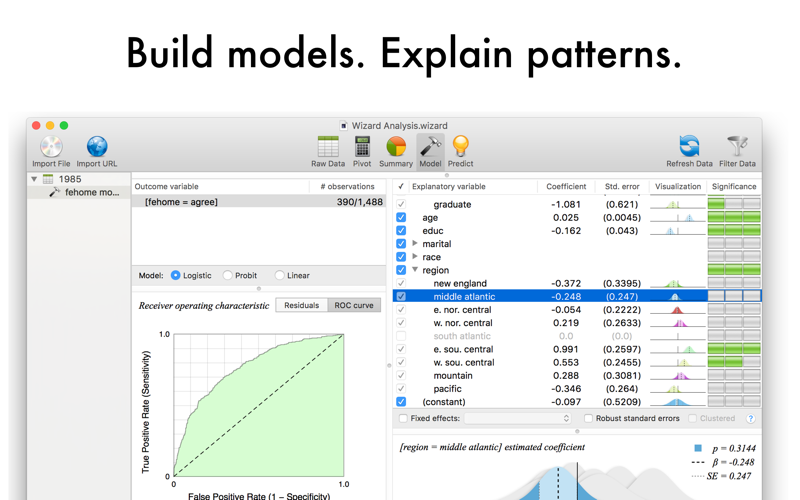 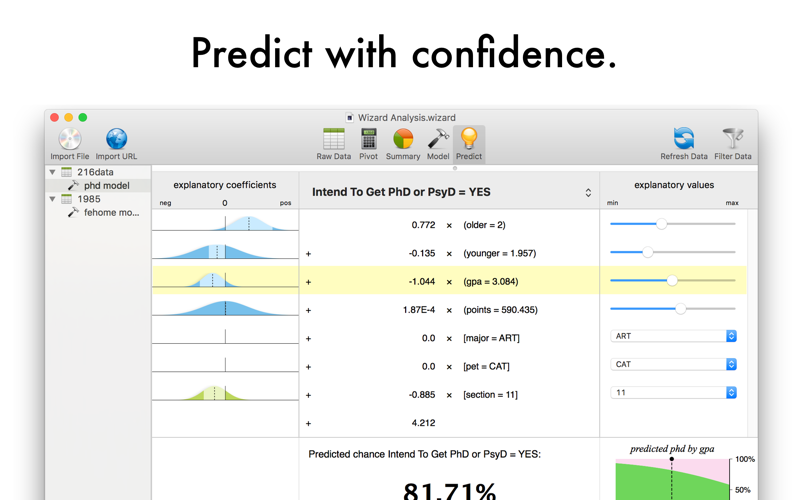 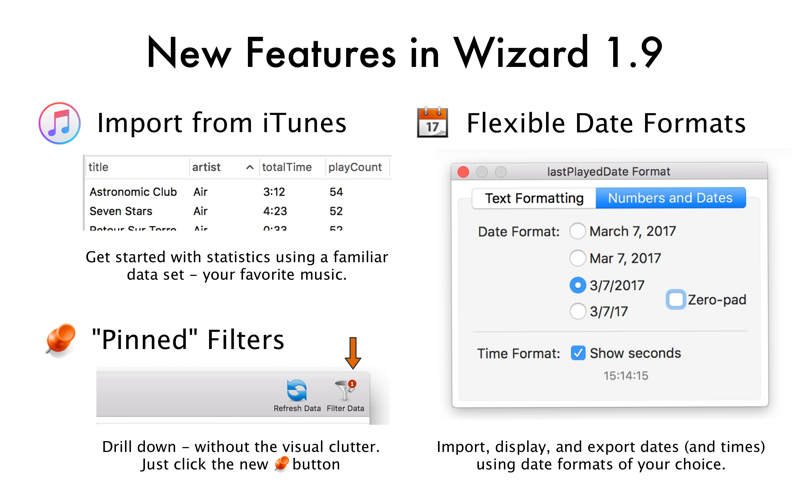 This application hasn’t received enough ratings to display a summary.

Choose your country or region.